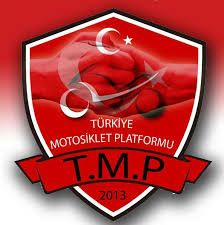 TMP organized a commemoration worth attending Edirnekapı Martyrdom overflew with gratitude to Martyrs. 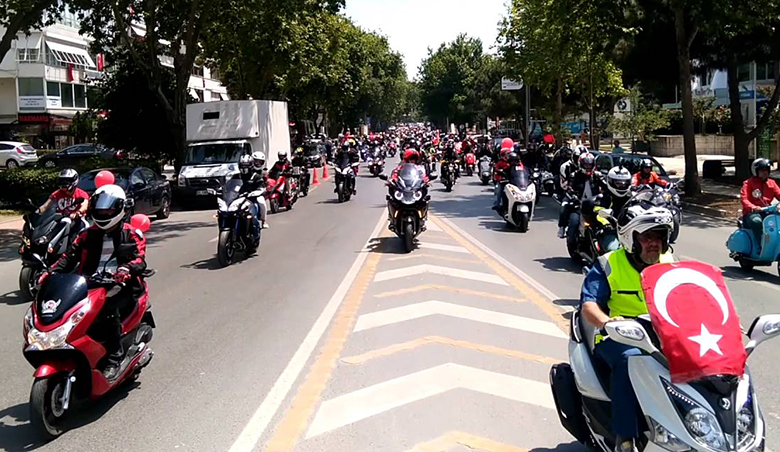 1.400 motorcyclists attended the 30 August Victory Day cortege with total enthusiasm this year. Turkish Motorcycle Platform (TMP) had been announcing the Victory Day Cortege to be held as always with an addition of Commemoration of martyrs. TMP announced that there would be an additional religious ceremony and entreat of donut for attending motorcyclists weeks before the event. The gathering in Suadiye took place as planned and 1400 motorcyclists took off to ride the cortege of 29 kilometers until Edirnekapı Martyrdom. As the cortege passed the Bağdat Street of the Asian side all pedestrians stopped walking to watch the magnificent view with so many motorbikes decorated with Turkish Flags riding smoothly.

It was impossible to see anything around the Martyrdoom but motorbikes, when 1.400 motorbikes were parked the spacious entrance of the Martyrdom was filled to the utmost. Once all motorcyclists gathered in the martyrdom around the monument commemoration began with “A moment’s silence, the National Anthem” followed by a speech by Mrs. Timsal Karabekir, daughter of Kazım Karabekir Pasha. The speech was followed by the religious ceremony and finally the donut entreat. As always motorcyclists stayed a little longer than the planned program visiting the graves of martyrs and commemorating them by their grave side.

We have spoken to Chairman of TMP Zafer Fatih Özsoy, who informed us that the cortege was a great success thanking his fellow motorcyclists for being so careful and respectful of the aim of the cortege. He explained that the ride was smooth and orderly, while the atmosphere at the Edirnekapı Martyrdom was in total unity and respect, adding that having so many fellow cyclists to ride along in these difficult days was a relief and assurance for everyone present. Chairman Özsoy informed that National Day Corteges were becoming increasingly popular among motorcyclists and he was proud of being in charge of such wonderful organizations, thanking and mentioning the support of volunteers who helped to organize the cortege and keep the order throughout the cortege and ceremony.